Orphéon is a real-time RTK Full GNSS precision augmentation GPS correction system allowing users to position themselves with centimeter precision in the national reference anywhere in France and the West Indies with a single GNSS receiver:

The Orphéon network is made up of nearly 220 observation stations, spread over the entire territory of metropolitan France and the West Indies. All of our stations form a large balanced RTK network that allows us to deliver centimeter RTK corrections to our many customers to increase the accuracy of their precision GPS. Our various services are marketed in the form of subscriptions or hourly packages.

Thanks to its precision and the availability of its RTK GPS corrections, the Orpheon network offers increased productivity to all of its users in the fields of topography, construction, 3D digitization, machine control, precision agriculture and bathymetry, but also for new applications concerning autonomous vehicles, drones (UAV) and connected objects (IOT and M2M). Géodata Diffusion continues to develop the quality of its services through personalized support, responsive technical assistance and continuous improvement of its infrastructures. Our objective is to offer customers a secure and innovative service, guaranteeing them a high and constant utilization rate wherever they are, throughout the territory.

The natural position provided by a GPS alone, gives a good idea of ​​where it is within a few meters, but is not precise enough to allow precision work. It requires correction so that its precision is increased and usable in agricultural work, topography, machine guidance or in many other fields of application (see).

Locate all sensitive buried networks with an accuracy of 10 cm

The new French regulations reinforce the obligation to ensure the safety of the works by the project owner thanks to the precise location of the networks. Thus, all recipient operators of a work request (DT) will be required to transmit network location data so that the work can be carried out in complete safety.

When the work is located near sensitive underground networks (gas, electricity), class A location data will be required. Failing this, project owners will have to undertake additional investigations (IC) in order to have class A information. Operators will be required to integrate the results of these additional investigations into their databases and to carry out topographical surveys. new class A networks using a geo-referenced and pooled base plan. The regulations set new obligations for construction companies. These include: 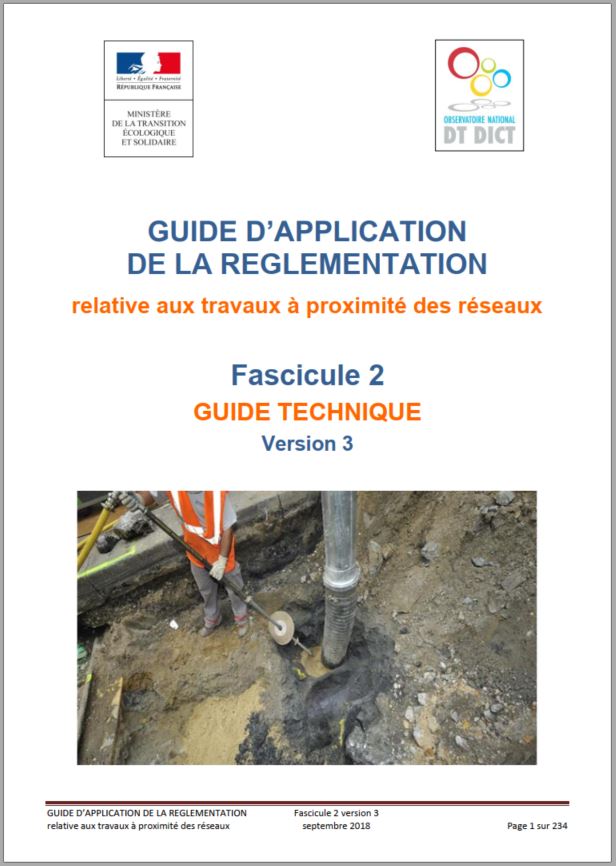 Once the trench is open

Those responsible for works projects must use certified service providers for the mapping of new networks or modifications to existing networks after 1 January 2018 when the owner of the installation works is different from the first operator of the network.

Many applications allow compliant and exhaustive open excavation verification, in class A thanks in particular to a connection to the Orphéon network. Increasingly advanced, these simple solutions allow continuous work by site managers in a single pass, from a simple video of the trench. Once processed, the site manager and your design office have a georeferenced 3D excavation model on which is already drawn by the solution’s processing platform, the as-built plan for AutoCAD for example (or even other solutions where the drawing is made in the design office).

Augmented reality in the field is gaining precision and stability. Developers are now using a precision GPS connected to their tablet and the RTK signal from the Orpheon network to display a 3D model directly at the place of use or construction at 1:1 scale. 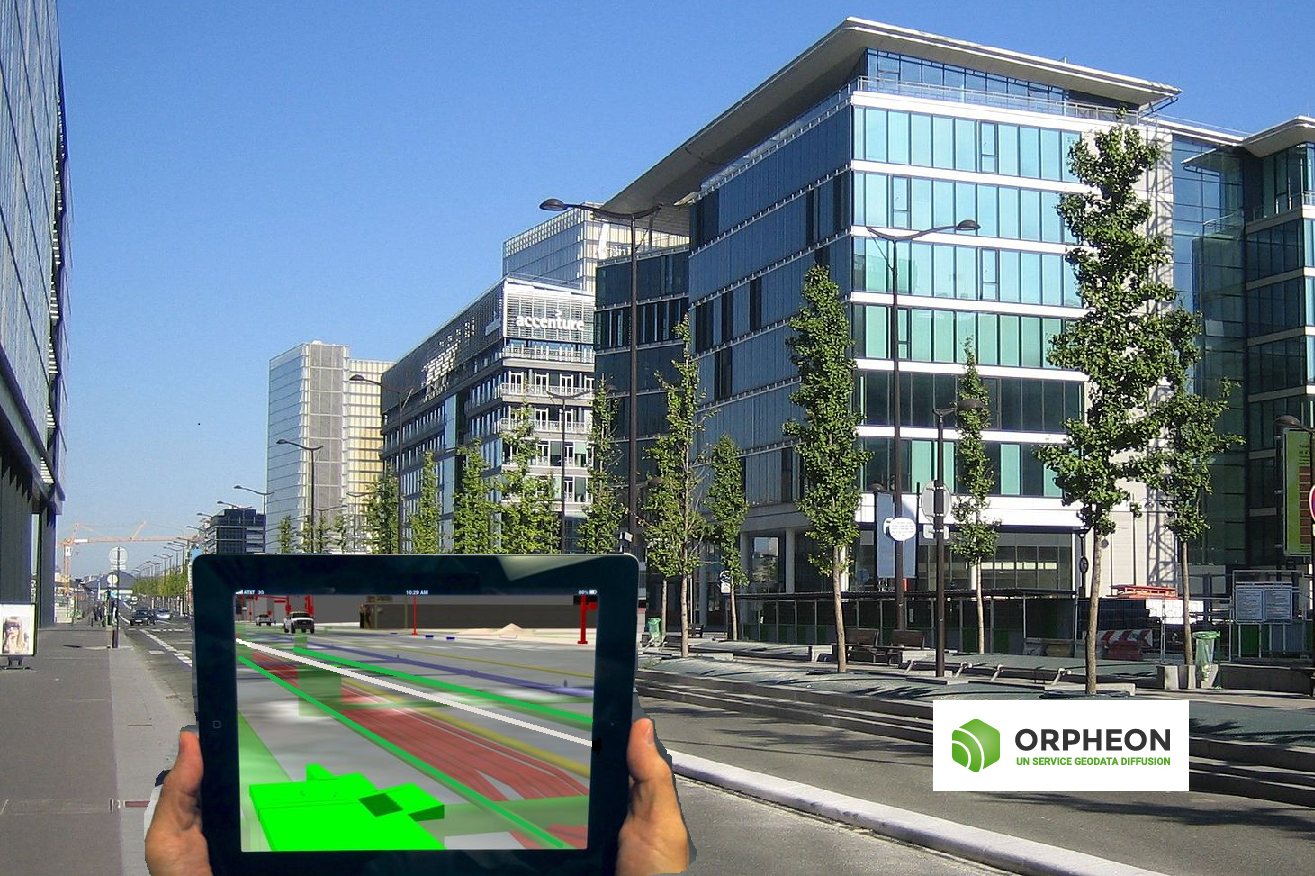 Augmented reality more precise and stable thanks to centimetric corrections

This augmented reality is integrated directly into the images captured by the tablet’s integrated camera, live and allows excellent immersion which multiplies the projection capacity of field professionals or investors by putting them face to face with the various invisible underground elements such as buried networks or projecting their projects into reality. Augmented reality gives them a good overview of the integration of projects within existing architecture or of the constraints of the close environment by showing what is difficult, if not impossible, to move.

In addition, it is possible to interact from the screen on the projected 3D model and to take advantage of many features integrated into these applications, which also offer a wealth of additional information, judicious notes and many other contents that enrich the project.

In industry too, augmented reality is becoming an excellent way to promote a project: factory, production line, products.

The centimetric precision provided by the use of a precision GPS associated with the RTK correction signal from the Orpheon network then becomes essential and greatly facilitates the tasks of developers. Objects integrated in augmented reality are thus very quickly and correctly placed in the projected space without oscillation.

A Full GNSS network: one step ahead

Our customers connect to our NRTK real-time corrections services with their GNSS-compatible equipment and take full advantage of the new Galileo and BeiDou corrections in addition to traditional GPS and Glonass. The addition of these very many additional satellites brings more precision and availability even in the most difficult conditions of use..  (voir article 22 Operational Galileo Satellites accessible with the Orpheon network)

The arrival of high-performance and rugged tablets or smartphones with increased autonomy, but also the democratization of precision GPS favors the emergence of many projects to which the Orphéon network responds perfectly.

The work planned near pipelines and buried networks must be declared to their operators, before their execution, by means of the declaration of project of works (DT) by the client, and the declaration of intent to start work (DICT) by the contractor. Any declaration must be preceded by a consultation of the one-stop shop, accessible online, which lists all the networks present in the territory.

A single base plan for work near sensitive underground networks.

The role of topography in a GIS is to serve as a reference and support layer for a large number of application domains. It is an instrument at the service of the management and development of the heritage of communities.

The PCRS nomenclature describes the apparent boundaries of the road.

The PCRS alone may sometimes prove insufficient for certain operations when more detailed and precise information is required. This is why some municipalities are tempted to go even further in the process, by directly adopting a very large-scale reference system (RTGE), to make it possible to increase the security of interventions on the networks, but also to facilitate the interoperability of data between structures.

The non-binding offer This is access to the N-RTK GNSS correction network with real-time centimeter accuracy (GPS, Glonass). Often used to discover our services.

Online post-processing and RINEX files from the Orpheon network

The 3D control offer This is access to the N-RTK Full GNSS correction network with centimeter precision (GPS, Glonass, Galileo, Beidou). Often used to control the accuracy of its measurements or even for areas where a mobile internet connection is not available for real time.

In your professional practice you can count on the knowledge, the know-how and the centimetric precision of the Orphéon network to meet your missions and your obligations.

The network has been thought out and designed according to the rules of the art, it is constantly monitored and checked regularly. (The network-Orpheon).

Thanks to the mobile internet connection, you are not limited by the range of radio systems and you do not have to deal with questions of frequencies or interference. The time saved allows you to multiply the work and concentrate on your production.

With Orpheon, preparation work is reduced to a minimum and you can start working faster. No pivot deployment to plan or monitor. 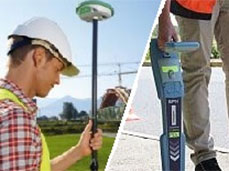 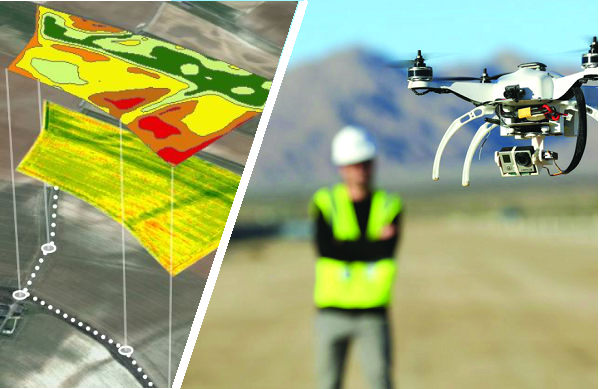 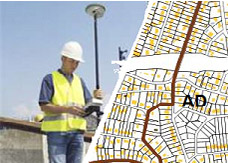