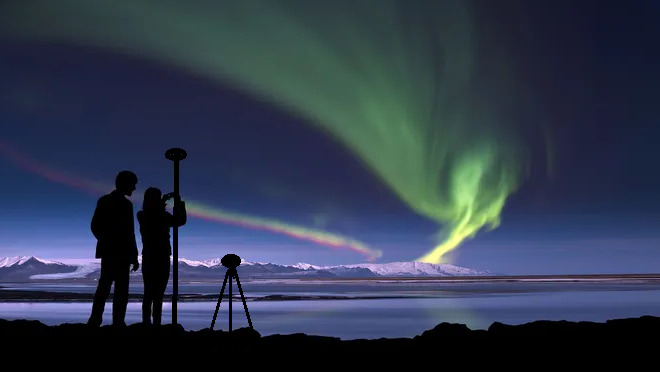 At the start of the year, we are observing the consequences of the combination of ionospheric activity and the dilution of GDOP precision which are disrupting habits and GPS measurements or positioning.

Being periodic phenomena, they have tended for years to be discreet but today they remind us more or less strongly. It is therefore interesting to understand its origin and what impact it can have on our daily activities.

The life of satellite receivers is not a long calm river

Since the end of 2022, the use of a satellite receiver has been somewhat disturbed by two known phenomena.

Regardless of the brand of equipment or the GPS, Glonass, Galileo or Beidou constellations used, no one really escapes: these phenomena will affect everyone and affect your positioning accuracy to a greater or lesser extent.

Phenomena in the ionosphere

The ionosphere is a high layer of the atmosphere between about 50 and 1000 km altitude. In this atmospheric layer, the molecules are amputated by an electron under the effect of solar radiation (ranging from ultraviolet to X-rays) and form a plasma, that is to say a phase of matter made up of particles loaded with ions and electrons.

The consequences caused by solar phenomena such as eruptions or geomagnetic storms are numerous and varied: accelerated corrosion of pipelines, breakdowns of satellites or the electrical network, etc. Phenomena of solar origin also cause disturbances which lead to a degradation of the accuracy of GNSS applications.

As you can see from the graph below, the level of solar activity is increasing. This means that the disturbances are currently greater and will increase further. 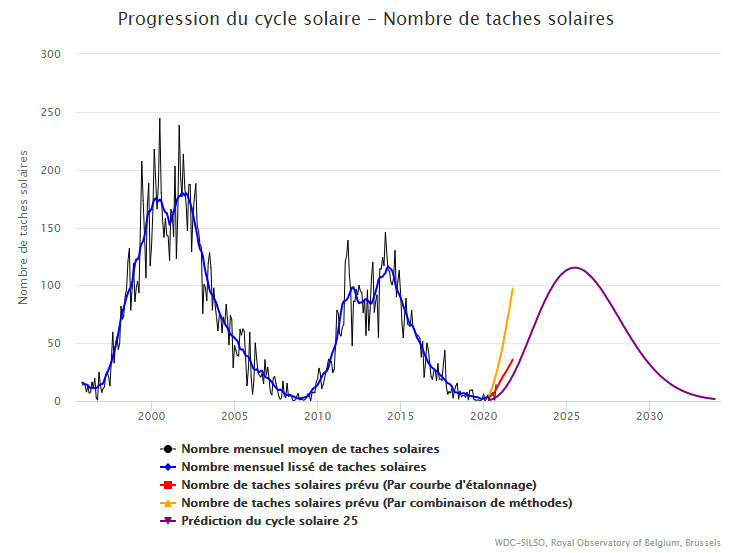 GDOP and HDOP a question of geometry

Positioning yourself with a satellite receiver requires receiving signals from at least four satellites (three for dimensions and one for time). However, the position of the satellites at the time of the measurements has a decisive influence on the quality of the positioning and these calculations can be subject to uncertainty.

Thus, the coefficient of attenuation of precision or GDOP is one of the quality criteria which makes it possible to know whether a position evaluated on the ground is reliable or not. This coefficient makes it possible to check whether the satellites used are sufficiently far apart from each other because satellites that are too close would calculate a position that is too imprecise.

How many satellites above my head?

Positioning satellites are in constant motion and constantly revolve around the earth in such a way that at any point on the globe there are always at least 4 satellites visible in the sky.

The distribution and number of observable satellites changes constantly to such an extent that at some point their number decreases but also that their positioning above us is not optimal.

As you can see on the graphs below which represent the difference in the total number of observable satellites between 8 a.m. and 5 p.m. between September 2022 and January 2023 with a drop in their number for a few hours in the middle of the day (cumulative GPS, Glonass, Galileo and Beidou satellites).

The strength of the Orpheon network

A choice of GNSS hardware and receiver for the network

The uncompromising choice of the equipment used to create the Orphéon network: the GNSS stations are all of the same brand and the same very high-end model.

Our network, which is currently built according to the rules of the art with stations every 60 km, makes it possible to optimize coverage while ensuring you a premium service without compromise.

The strategic choice of your equipment

Today more than ever, the choice of your equipment is essential.

If for years these physical disturbances remained quite discreet, they may have led us to believe that all the GPS receivers on the market were equal and that they presented more or less the same performance.

As we well know, there are sometimes false economies. It is sometimes better to acquire equipment from a major manufacturer with less functionality but to be sure of its performance in adversity and difficult conditions on the ground.

Pay attention to the demonstration and use

As we have seen above, the disturbances fluctuate during the day.

So beware of sellers of miracle solutions….