As we constantly explain to our customers, the quality of the mobile internet connection is a major criterion for the positioning quality of your precision GPS. The rollout of faster, better performing 3G and 4G networks and now 5G has dramatically reduced the demand for 2G. Providers then reassessed the need to provide 2G services and are phasing out the 2G cellular network. It therefore seems natural to us to devote an article to these changes which could potentially impact our customers, particularly in agriculture.

Do you know the differences between 2G, 3G and 4G?

2G (G for generation) is now the oldest mode of mobile telephony in France, appearing in 1982. It marks the transition from analog to digital. The 2G mode is a small revolution, since it opens the doors of mobile Internet to subscribers with a suitable telephone, thanks to the transfer of data by packets. Its average speed is 9.6kbits/s, much lower than that of current mobile networks. And since it is not very powerful.

The GPRS mode, for General Packet Radio Service, is also nicknamed 2.5G, since it served as an intermediary between the 2G and 3G mobile network. Considered today as excessively slow and outdated.

EDGE mode is an evolution of GPRS, and allows you to take advantage of a faster speed than for the previous generation. This network allowed the transition between the 2G and 3G network,

3G, the third generation of mobile internet, is certainly the most popular and best known to the general public, since it marked the advent and development of smartphones. Subscribers are then able to surf the web, access their e-mail, send photos and videos, thanks to a suitable speed.

Towards a removal of 2G mobile internet?

More generally, a future reorganization of the low frequencies used by 3G could also take place in the coming years in France (900 MHz) in the same way as DTT for 4G. What unclog the spectrum of mobile frequencies. Europe has yet to feel the full effect of the 2G phase-out, however, many European and French providers, including Orange, Vodafone and Swisscom, have already started with a target to phase out 2G between 2024 and 2025. . The end date of 2G is not scheduled for the moment at Orange, yet Orange has started cutting old 2G mobiles. the CEO of Orange commented in an interview with Les Echos: “The question must be asked. We are not going to pile up the networks indefinitely. The use of 2G is falling sharply and alternative technologies can support its uses. By 2025, in Europe, we can envisage an extinction of 2G, at least for the general public”.

2G should gradually give way until it completely disappears

you should know that telephone operators are reallocating certain frequencies used for 2G to 3G and 4G services, reducing network coverage and 2G performance. This gradual abolition of 2G will prevent the use of the oldest terminals.

Agriculture: the most concerned

Historically farmers in their tractors have long used 2G modems to access mobile internet and get RTK corrections. Inevitably they are already affected by these changes. Of course, other users in topography, GIS or machine guidance are also concerned. In their case very often the modems are integrated into their GPS.

Is my equipment affected?

Mobile Internet and the Orpheon network

If your modem is relatively old and only has one 2G band then you need to replace it now because you will inevitably encounter connection problems. We note, moreover, that this already sporadically concerns all the regions.

If you have a 2G/3G modem, no worries. Just check that it is not configured to work only in 2G and rather force it in 3G to avoid seeing the quality of your connections degrade as the relays close to you are modified by the operators of telephony.

No worries, this is the latest hardware and is not affected by these changes.

In order to determine what is the level of coverage for your mobile internet access in the area in which you wish to work, there are two official sites

This site will allow you to determine the quality of coverage of an area depending on the operator selected. The area can be searched by municipality. It also helps to determine which operator best covers the area.
https://www.arcep.fr/ 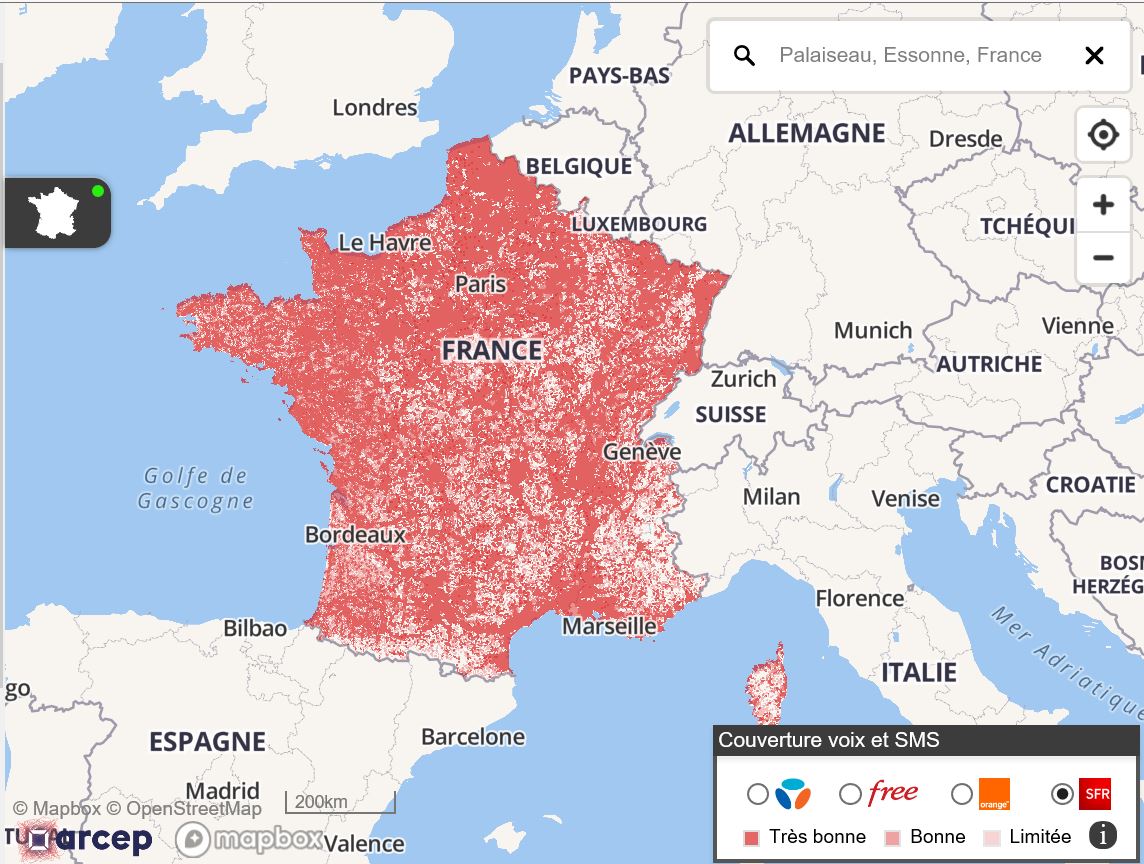 This site allows you to view the location of the relay antennas of the telephone operators (among others) Which can allow you to determine more precisely the quality of coverage of an area depending on the selected operator and the distance with the ‘cell tower. The area can be searched by municipality.
Voir le site ANFR 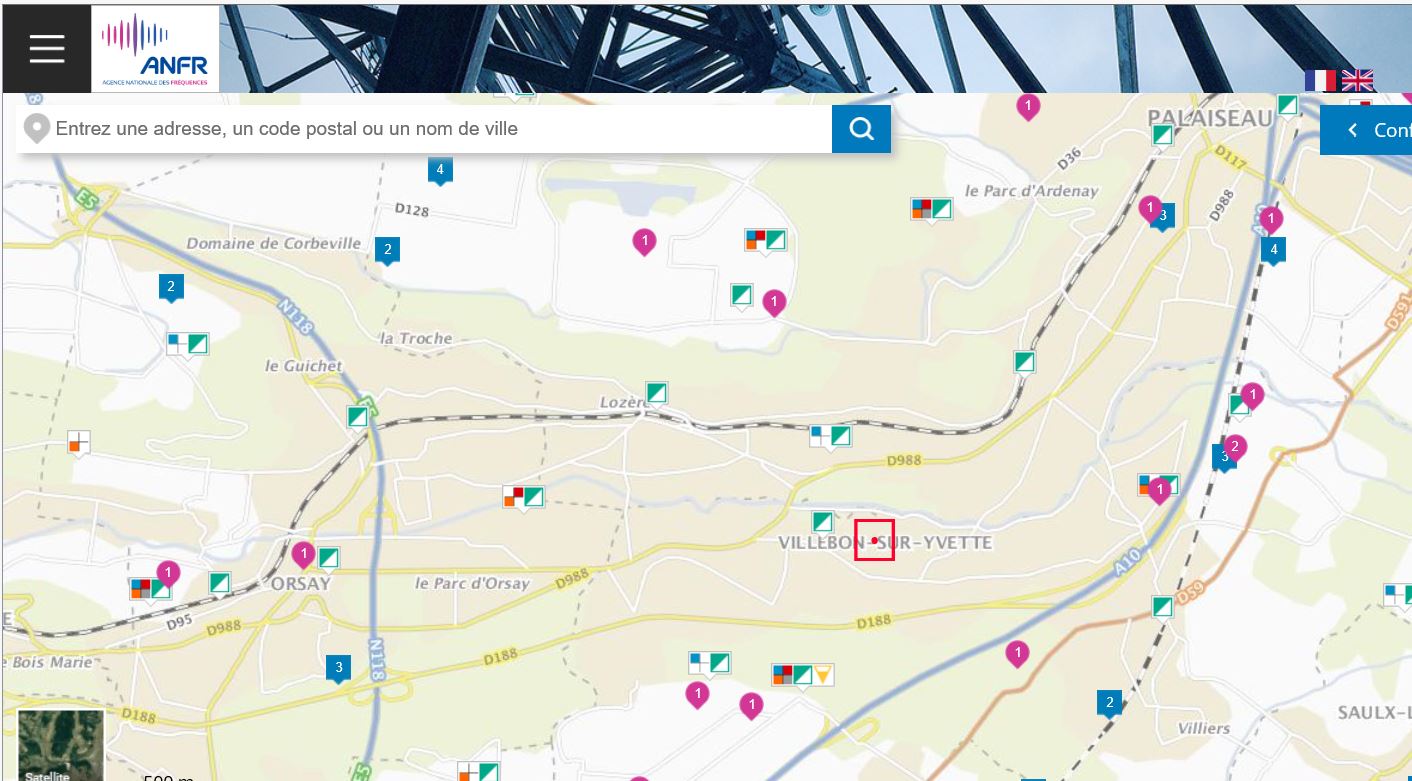 How do I diagnose my connection problems?

When you encounter network connection problems, it is essential to be able to determine the source of these problems, which are generally linked to one of the following two reasons:

When you launch a connection, you can thus, depending on the behavior of your hardware, determine if the problem is related to the mobile connection when, for example: You do not receive any error message, your mobile tries to connect without effect. Your authentication request does not reach the Orpheon servers. Connection sessions are short and follow one another. This means that the quality of your mobile internet connection is not good or is not stable. On the connection reports, the server shows the message: “Connection terminated by rover user” This can come from the distance with the relay antenna of the telephone operator (Orange, SFR or other). This may be due to the quality of the signal provided by the telephone operator; a too weak or choppy signal or fluctuating latencies (data transfer times). You can try using a SIM card from another operator. Depending on your specialty, contact your usual distributor without hesitation (Find your Orpheon distributor), he will know, better than anyone, how to answer you and support you in your projects.

Orphéon subscriptions are marketed also in France by a distribution network of more than 40 agencies, representing all brands of equipment. Depending on your specialty, contact your usual distributor without hesitation (Find your Orpheon distributor), he will know, better than anyone, how to answer you and support you in your projects.