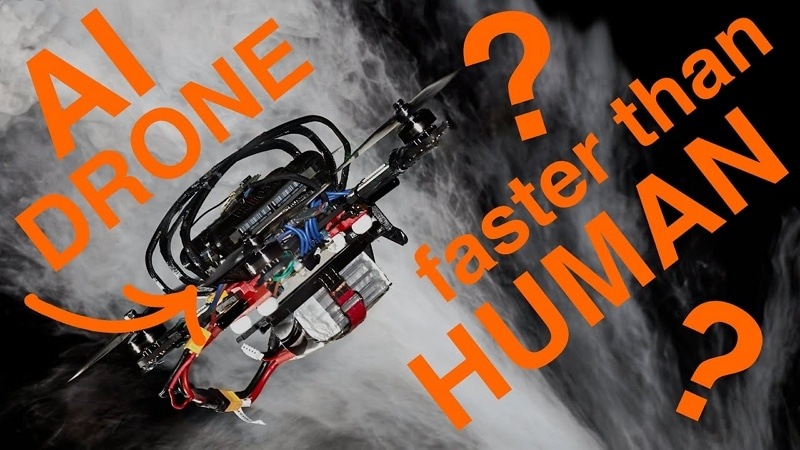 Here’s a new real-world application example and benefits of real-time kinematics (RTK) that can be used with drones to help them position themselves accurately, navigate obstacles, and follow waypoints based on their different applications.

Often competition is at the origin of great technological advances or is also used to test already well-known solutions in the harshest conditions. The field of drone racing is no exception, as last July an AI-controlled autonomous racing drone beat human pilots for the first time. New control algorithms developed at the University of Zurich (UZH) beat experienced human pilots for the first time. Until now, the best human drone pilots have always outperformed autonomous systems in drone racing, especially because of the complexity and limitations of drones. The algorithm developed now knows how to determine the fastest trajectory to achieve for a quadrotor which must cross a series of waypoints on the circuit. But this algorithm is the first to generate optimal trajectories taking fully into account the limitations of the drone. Once the algorithm found the best trajectory, it could reproduce it, which allowed it to be faster on each of its turns and its performance was more consistent. Cameras have also been positioned along the circuit in order to transmit information to the on-board algorithm on the exact location of the drone in real time. By thus calculating an optimal trajectory to be the fastest, in the end this also makes it possible to optimize energy consumption. More generally, this advantage is essential in the various missions that we use to drones in their various missions, whether it is: looking for survivors during a natural disaster, inspecting a building, delivering a package, etc. Missions that they must complete by crossing a series of waypoints such as windows, rooms or specific locations to inspect, adopting the best trajectory and the right acceleration or deceleration for each segment.

Although this example of tests takes place indoors, outdoors the drones carry a precision GPS and receive corrections to refine their positions with greater precision.

Many applications exist today precisely to locate these objects but do not have the precision necessary to take a real advantage. With ± 5m of precision, a classic GPS gives an idea of ​​a position or a route, but when you want to guide a movement to avoid obstacles or you need to know in detail a trajectory, an exact position at an instant t, centimetric precision then becomes indispensable and vital. A precision GPS associated with corrections from the Orpheon network provide the desired centimetric precision.

For its accuracy to be increased and usable in agricultural work, surveying, machine guidance or many other application areas (see) It requires corrections. Precision GPS We distinguish between two types of GNSS receivers:

Because it is difficult to assess your activity over a year, between the delays in obtaining authorizations or waiting for a favorable weather window, the Orphéon network offers you a flexible offer adapted to your activity which will allow you to work in the best conditions. We offer in addition to the usual GPS + Glonass packages, new Full GNSS packages as well as a post-processing option available on the same subscription form for a greater choice. 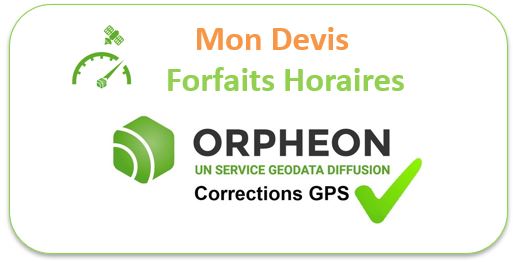 The advantages of the network

In your professional practice, you can count on the knowledge, the know-how and the centimetric precision of the Orphéon network to meet your missions and your obligations. The network has been thought out and designed according to the rules of the art, it is constantly monitored and checked regularly. (Le réseau-Orphéon).

Repeatability over the seasons makes it possible to always return to the same place, to keep one’s bearings or to preserve one’s crops. The working area is thus preserved.