Developments in robotics prefigure what will be the autonomous vehicles of tomorrow. For more than 15 years, Orphéon has offered centimetric precision positioning thanks to real-time GPS RTK corrections. Work robots have precise guidance over the entire territory. 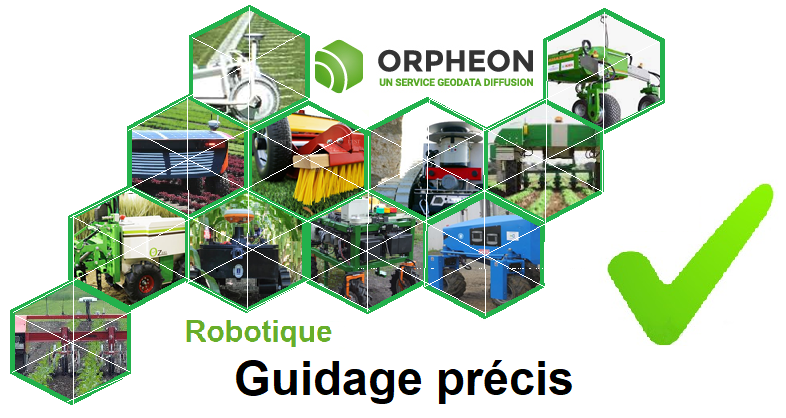 Robotics was one of the first RTK GPS guidance applications to find concrete outlets among recent innovations. Both design offices and start-ups quickly developed the first prototypes of work robots. Whether in agriculture, maintenance, transport or even in industry, many robots are now commercialized. The precision contribution of RTK GPS corrections with 2cm in the autonomous guidance of these machines has made it possible to go further in precision while securing their various movements.

The developments of autonomous robots using precision GPS foreshadow what will be the autonomous vehicles of tomorrow. True bases for experimentation, these developments make it possible to test life-size in less constrained environments, increasingly effective and controlled solutions. Equipped with innovative technologies, these work autorobots or autobot also carry with them a multitude of sensors, optical systems, automated systems, image processing and are responsible for collecting a host of data in addition to performing tasks to which they were designed. 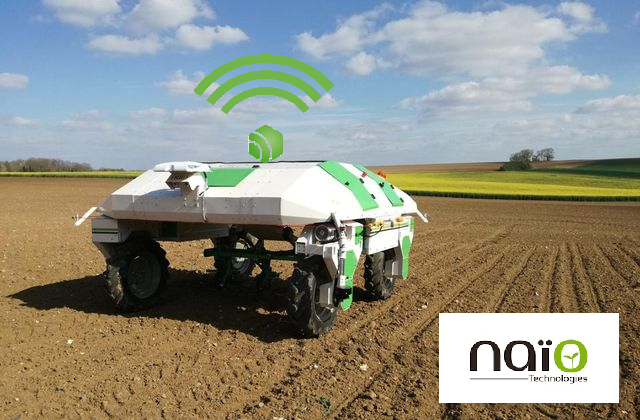 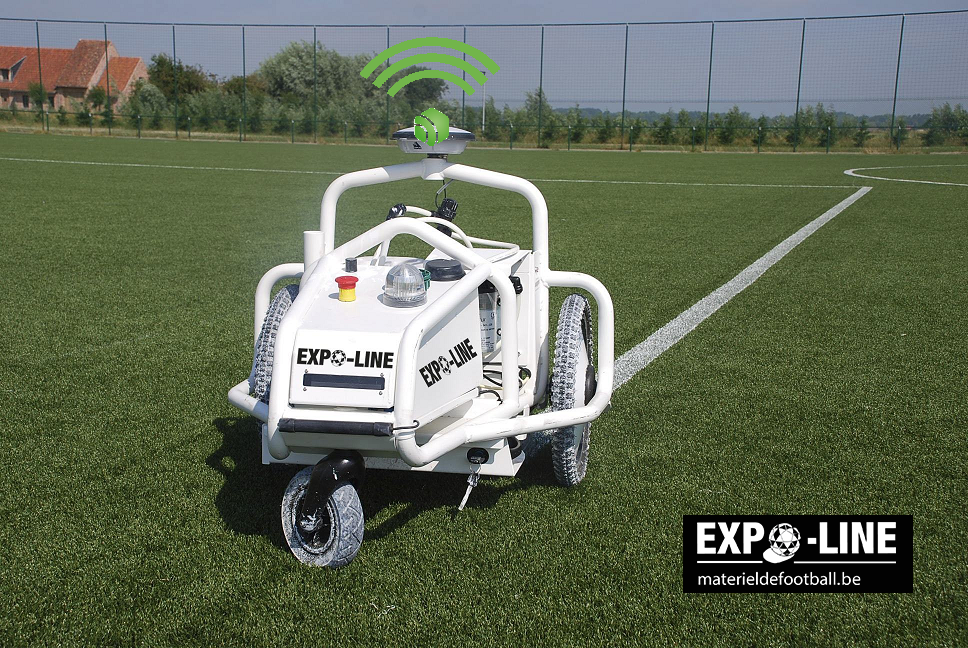 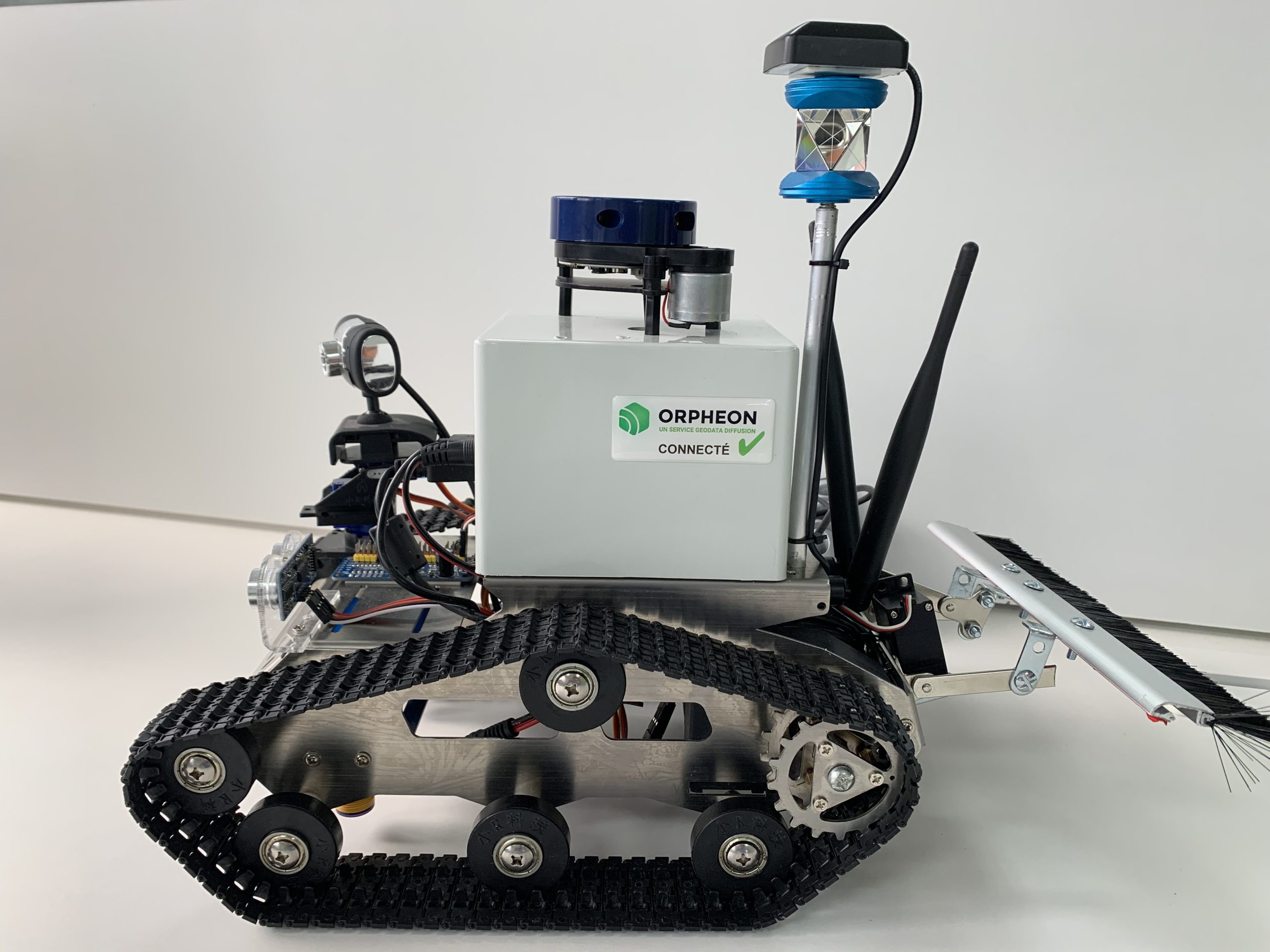 In addition to the positioning accuracy provided by RTK corrections, some drones are now able to fly without being controlled in their slightest movements by a pilot on the ground, but also to automatically circumvent obstacles to continue their missions.

It is now possible for a drone, for example, to carry out an automatic inspection of equipment such as wind turbines or telecom towers. The autonomous device recognizes possible dangers up to 15 meters away and knows how to judge the distance that separates it. Connected in 4G, and not only in wi-fi, it can move away beyond the pilot’s line of sight.

The new autonomous agricultural robots thus offer high-precision hoeing and weeding thanks to its RTK GPS guidance combined with cameras, by positioning itself precisely in the row, they detect the rows of crops and adjust the position of its tools.

Precision GPS at the service of robots

The adoption of GPS guidance in addition to optical safety elements or even miniature inertial units adds the interest of GPS by its flexibility to adapt to all types of situation. The advantages of the Orpheon network covering the entire territory is thus evident; no need to position a base station, monitor it or maintain it, which significantly reduces investment.

These RTK robots have an electric motor with an autonomy of about half a day depending on the tasks that the robot must perform, some return to their charging station on their own.

Generally these robots have two modes: one radio-controlled or an autonomous mode programmed with GPS guidance. The radio control makes it possible to maneuver the robot to the place of use but also to have safety elements allowing, if necessary, a recovery in hand or even an emergency stop. Some are even equipped on their remote control with a “dead man” function which immediately stops the robot if a button is released, as for driving trains.

All of these examples carry a precision GPS and receive corrections to refine their position with greater precision.

Many applications exist today precisely to locate these objects but do not have the necessary precision to derive a real advantage from them.

With ± 5m of precision, a classic GPS gives an idea of ​​a position or a route, but when you want to guide a movement to avoid obstacles or you need to know in detail a trajectory, an exact position at an instant t, centimetric precision then becomes indispensable and vital.

A precision GPS associated with corrections from the Orpheon network provide the desired centimetric precision.

We distinguish between two types of GNSS receivers:

Consumer receivers (Watches, phones, tablets, cars, etc.) that will only work in natural mode without the possibility of improving their accuracy through corrections
Precision receivers (RTK), which will be able to integrate external correction data from the Orpheon network allowing them to increase their precision.

The Orphéon network offers, thanks to its user interface available on the Customer Area, tools that facilitate your daily work or the development and integration of precision GPS chips in your projects.

Thanks to the possibilities of analyzing connection logs and viewing trajectories directly in the Orpheon client space, it is easier for developers to understand the behavior of their programs and improve the performance of their production.

Check your connections in real time, consult logs or visualize your trajectories makes your work easier and saves time. but also post-process your work directly online. …. the Customer area

In GPS automatic guidance mode, trajectories and work to be performed are recorded and programmed and then monitored in real time. GPS guidance thus provides significant flexibility to developers who have a flexible base capable of following predefined trajectories regardless of the types of work for which the robot will subsequently be intended and reusable for other applications. It will therefore not be necessary for them to develop a specific guidance algorithm dedicated to the application of the robot, which on the other hand would be essential for a camera guidance system.

During their work, these robots are able to acquire a wealth of data attached to their position. The analysis of these precise positioning data of objects in the different fields of application brings new ways of seeing and analyzing our world, thus opening up new opportunities aimed also at reducing certain risks, facilitating decision-making or enabling differentiate through predictive analytics.

Our customers are not mistaken, every day more numerous, they confirm their confidence in us and we thank them.

If you wish to take out a subscription or a package, contact your distributor who will offer you a price offer.

Orphéon subscriptions are marketed in France by a distribution network of more than 40 agencies, representing all brands of equipment. Depending on your specialty, contact your usual distributor without hesitation (Find your Orpheon distributor), he will know, better than anyone, how to answer you and support you in your projects.